Let me say I did not think this would turn into a post…all I wanted to do was BBQ hamburgers. Between the recent CNBC’s The Costco craze and the taste of the burger, I had to share this with you.

The spread and the bread…

Before I go on…the CNBC look at Costco is sick. Did you know that the $1.50 hotdogs has been the same since 1985 and they sell over 100 million a year. I do not know about you but I honestly think Costco hotdogs are the best in the world period (there are a bunch of close second place ones though, including Taxi Dog and random ones at 2am all over Seattle).

This post is about Costco Burgers. As such I did not even have the patience or time to capture the final image of what it looked like but I will tell you they were bomb.

On Sunday I was feeling like BBQ. I have already done Prime Rib, smelled the lamb my dad BBQ’d a couple weekends before and was feeling pork. However as I cruised Costco’s track and ended up at the meats section…the first thing that caught my eye was the 12 pack of meat patties. Bought em! $20 ish. 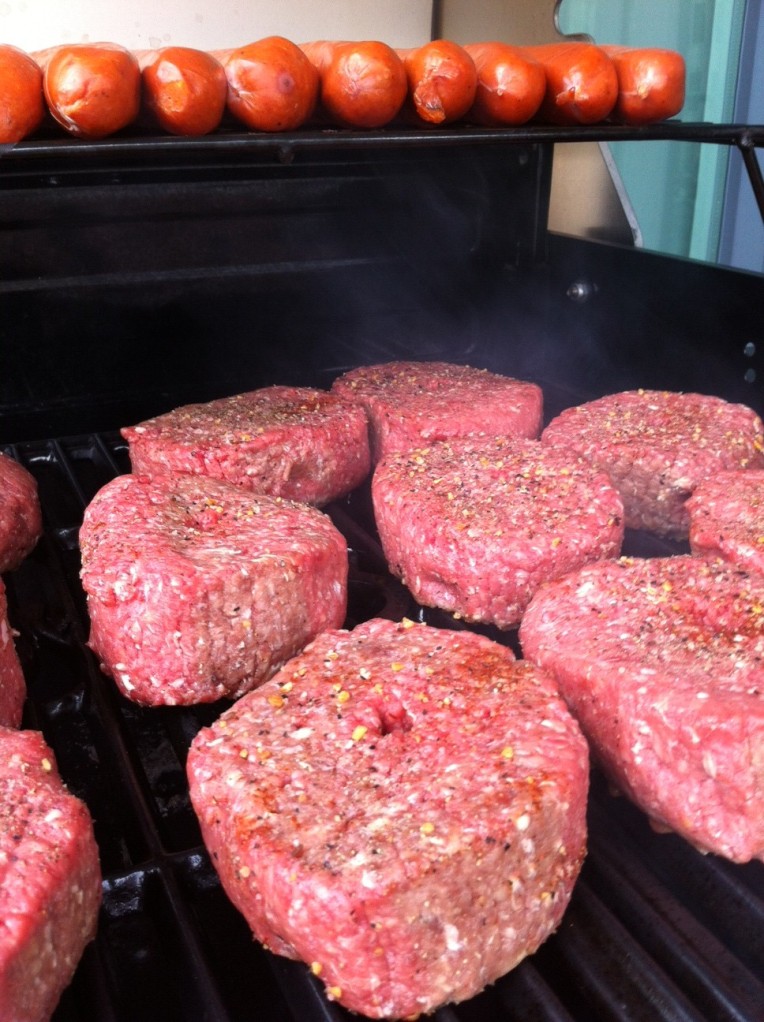 We always buy the Louisiana Hot links too 🙂

I also bought this one bread which was awesome (see picture). You will know it once you see it.

To season the burgers I just lightly dusted salt, pepper, paprika and Montreal steak seasoning. All the condiments (lettuce, beefsteak tomatoes and sweet onions). were purchase at Franks Produce in the market.

Set the grill to 400 degrees and let each side cook for about 5 minutes (the wind was blowing and the top of the BBQ was primarily off). In all honestly though I probably could have/ wanted to eat them raw 😎 And while you could probably cut the 12 patties in half…forget that…even though Maggie did 😎

Cigars and Costco Burgers. Pretty sure I’m going to make these for sailing season beginning this month!

Side note…So you know, Costco from Belltown/ Midtown (where we live) is all the way down 4th right before Georgetown. And while its actually a straight shot on 2nd ave which turns into 4th…its still a trek…but one I do not mind every other week.