After preparing the kababs on Sunday. I went straight into making a brine for the pork loin’s we enjoyed last night. Quick back story…I made pork loin’s before when Ash went out of town…I just do not know if I truly like pork, the thing is though…steak gets boring after awhile, so it is nice to mix it up. 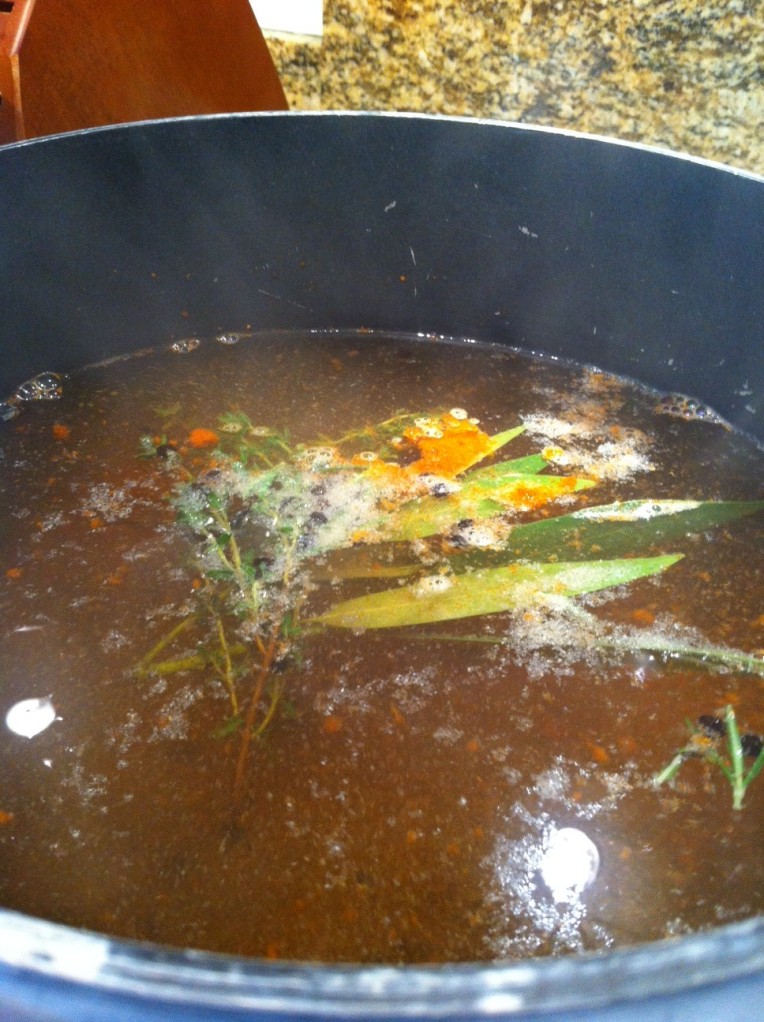 Making a brine for pork loin…in my opinion, softens up the pork for cooking, making it juicer than if the loin was just placed on the grill.

Bring to a boil 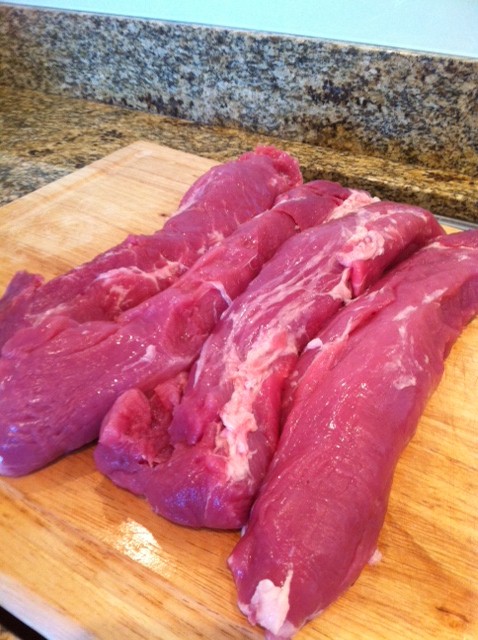 Dry your pork loin after its been brined. *** Make sure you cut off the silver skin. NOTE: Costco sells pork loin in two packs or just one really big one.

Let simmer for about 8 minutes

Then let cool down till at least room temp if not colder.  Combine the liquid and the pork loin together into a ziplock bag and leave over night 12 to 24 hours in the fridge. 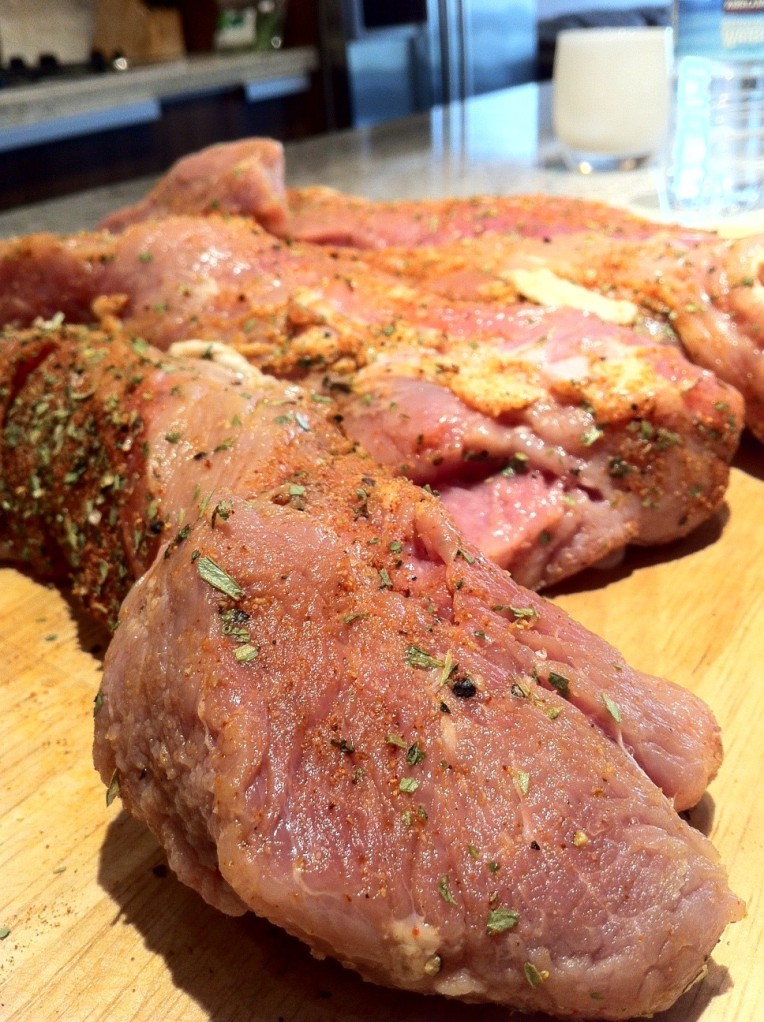 When you are ready to cook. Pull the bag out of the fridge and let sit for about 1 hour. Next remove the pork loin and dry off.

Make your own dry rub for the loins.

How long to grill a pork loin. Basically…I did about 8 minutes per side (yes there are 4 sides). My only downfall was I cooked on top of foil…which added no flavor or sear. The pork was fine…but was just missing that element. 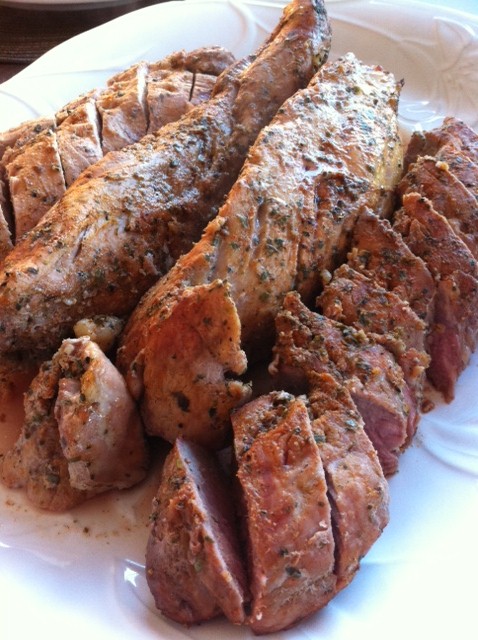 Let sit for at least 3 minutes prior to slicing. FYI internal temperature should be around 145 to 150 degrees. I read somewhere that each slice is about 150 calories.