I have already made ceviche once, but I did not have nearly enough fish. Ceviche is honestly pretty easy to make so Ill keep this post short. I bought raw medium sized shrimp, tuna (red) and bay scallops. The shrimp need to be de-veined, raw and cut into little cubes. Once you place the shrimp into the jar you will see the shrimp cook from clear to orange within an 1 hour or so. Place the bay scallops in the jar as well. Next cut the tuna into cubes and also put into the jar. 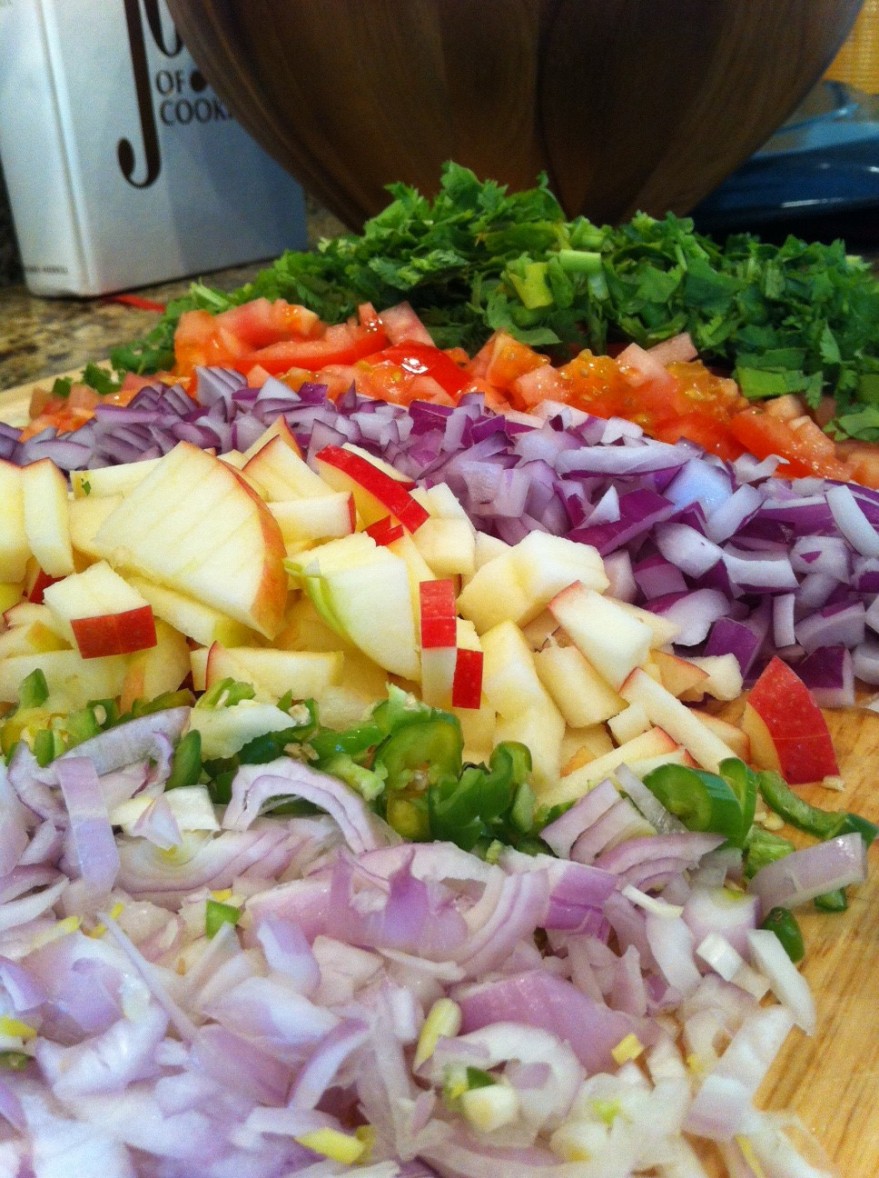 all the ingredients for home made ceviche.

Once seafood is in the jar juice lemons and limes so the juice is equal parts and fills the jar. Cover and place in fridge.

Cut up, whatever you want, I used —

Place into salad bowl and mix. Now add the ceviche from fridge. Here is where it is up to you…I typically dump the juice out and only put the seafood in the salad bowl…however this time I left a little more the juice and added lemon juice to the bowl. I liked this best. 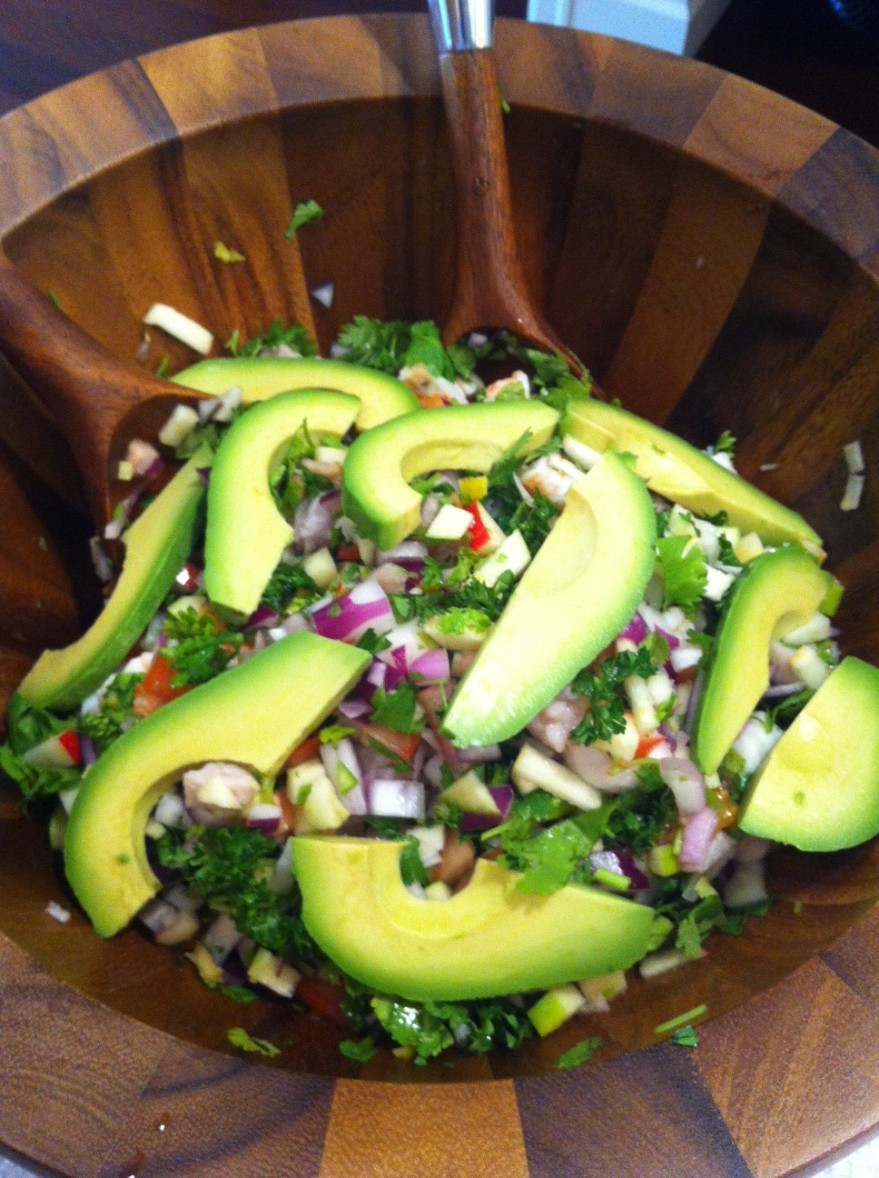 Avocados add an extra texture and cut the heat from the Serranos.

Your home made ceviche is ready to go.

FYI…some say the juice from marinating the ceviche also known as Leche de Tigre is a great hangover cure! 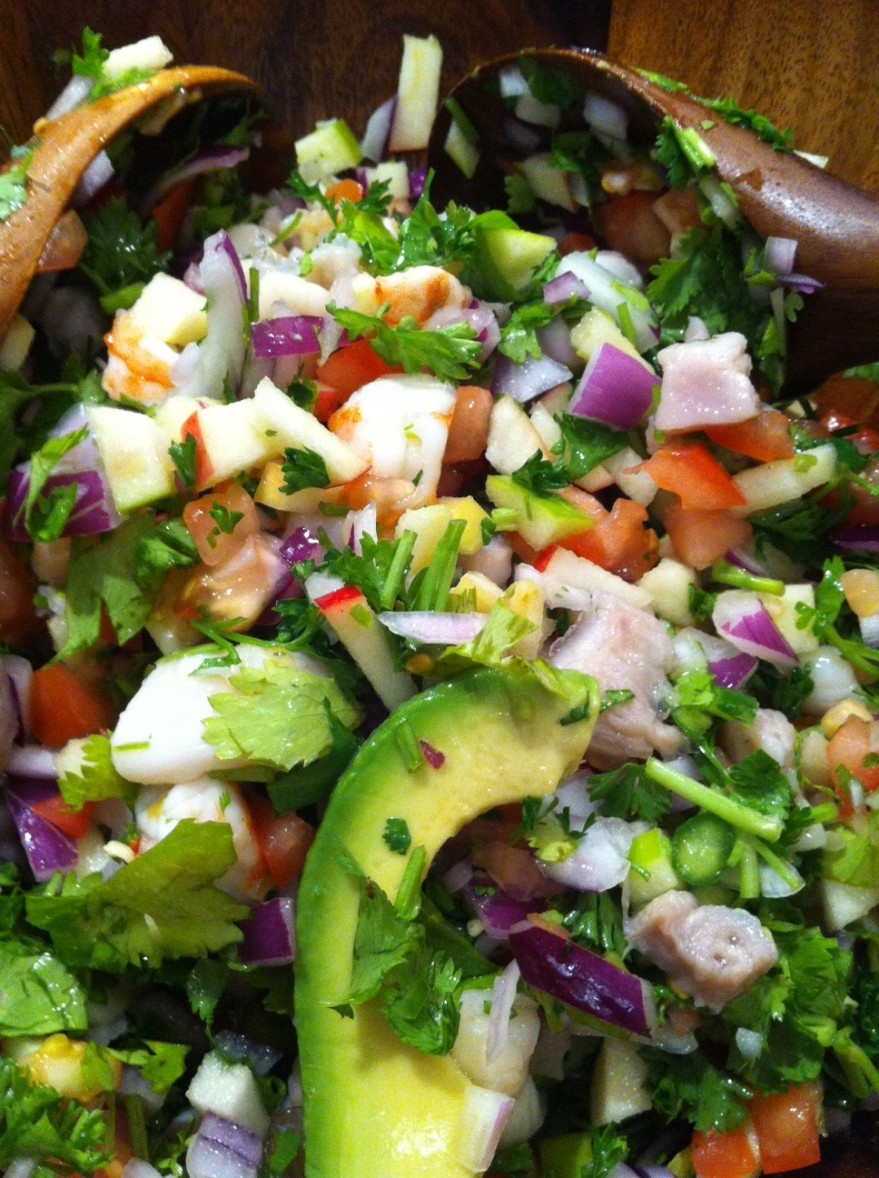 Ceviche will probably last 2 to 3 days if refrigerated/ covered.