No one’s fault but my own. But yesterday I cooked in the skillet (which I love and Ash hates i.e. clean up:) None the less I attempted to do steak the best way possible rare/rare/medium barely. But through the smoke and butter and my empty stomach 2 of the three steaks were more tartar.

Luckily Ash prepared asparagus and potatoes. I probably should have just made classic basmati rice.

Overall preparing the fine steaks from Rain Shadow Meats was fairly easy. I would have adjusted my times slightly. I heated up the skillet to a very high heat, then placed the steaks in the skillet to get a nice crust. Each side I did for 3 minutes. Then the last 4 minutes I did the actual sides basically 1 minute per side.

I seasoned with salt and pepper before hand and during the first 3 minutes of searing each side, dashed Worcestershire sauce over each steak then melted a knob of butter over each. In the final minutes of cooking I added a truffle shaving we brought back from France, on top of each steak.

The taste was there however, Ash and Maggie (Ashley’s sister) were more rare then they would have liked…so watching them struggle eating through a more rare steak was agonizing…meanwhile I ate all of mine 🙂 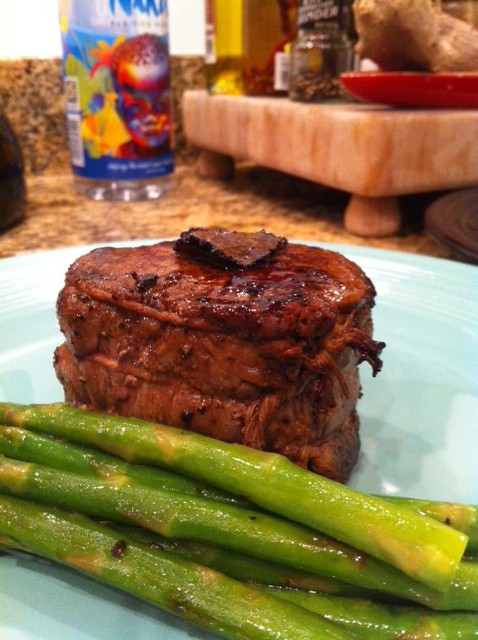